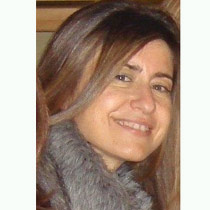 I started my career at the NGO Red Cross Spain in 1993. There I led a pioneering old-age assistance program. Later, I was hired by FLEXIPLAN S.A., a temporary work agency. There I took over different positions for 11 years; I first managed the company’s office in Burgos, then I became the regional technical manager for Madrid, Castilla-la Mancha, Extremadura and Canarias.

I eventually took over the National Technical Management of the Company.