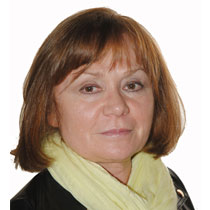 Mariola is a founder member of WA4STEAM (Women Angels for Steam), a business angel organization founded by women that focus on investments on startups where other women have a main role. Mariola executes this strategy even before the formation of WA4STEAM, as she is early investor in E-PhotoPro, a photograph company for ecommerce, inventors of the patented Pic Booth.

Mariola has been a board member and the head of Public Relations of Exce Consulting Group since 2002. ExceConsulting Group is a consulting media holding company that has transformed the way its client approach Marketing, Media Production and Communications.

Mariola is the Editorial Vice President of Taxi-Magazine, the first worldwide magazine and advertisement platform focused on taxi clients as consumers.

She is also Co-founder and CFO of Rentima C. B., an asset management company focused on the development of commercial real estate.
Mariola co-founded and worked as CFO in Pizza Queen, growing the concept of fast food franchising from a family business to a corporation with 100+ points of sale across the 80s and 90s.

Beyond her en-trepreneurial activities, Mariola participates in initiatives like Icade Business Club, Management Spanish Association (AED) and other forums to support the role of women in business. Furthermore, Mariola also supports other social causes, such as charity marathons. Mrs. Cabas holds a business degree from Pontificia Comillas University (E2-ICADE).