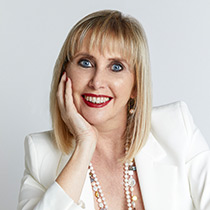 I am currently CEO of AKANZ PARTNERS; co-founder of ABAEK PARTNERS, EQUALITY CERTIFICATE and 7 SDG. In the X Legislature I was a deputy in the Assembly of Madrid for the PSOE as Vice Spokesperson for Budgets and Vice President of the Commission for the Oversight of Contracting. In the VII and IX Legislatures, also as a deputy in the Assembly of Madrid, I served as spokesperson for Trade in the Committee on Budgets, Economy and Finance and Vice President of the Committee on Justice and Home Affairs. In the 2007-2011 term I was a candidate for the Móstoles City Council, serving as spokesperson for the Socialist Municipal Group.

During 1987-1999 I was export manager in different multinationals in the food sector. From 1999 to 2003, as a consultant, I was part of the Foreign Promotion Initiation Plan coordinated by the Spanish Institute for Foreign Trade, the Higher Council of Chambers of Commerce, and the Autonomous Communities, advising companies participating in the program to internationalize, open new markets and consolidate their exports.

Since 1996 I have worked on gender policies. I am president of the Business, Trade and Technology Standing Committee of the International Federation of Business and Professional Women (BPWI) and president of BPW-MADRID, an association of business and professional women whose objective is to achieve equality.

In Egypt I have been collaborating for years with EBWA (Egyptian Business Women Association), with AFRAWE (African Alliance for Women Empowerment), with BPW-Egypt (Business and Professional Women Egypt), among others, and with the Arab Center for Law Awareness for the political empowerment of Egyptian women.

Until its dissolution, I have been a member of the International Women’s Commission for a Just and Sustainable Palestinian-Israeli Peace, a United Nations body whose goal is to achieve peace and an end to the conflict.

I am also president of the Women’s Association AMALTEA.

I have a Master’s degree in Human Rights with a specialization in Disability (UNED). I have a degree in Social and Cultural Anthropology (UNED), a diploma in Tourism (UNED), a diploma in International Trade (Instituto de Formación Empresarial – IFE), I have taken numerous expert courses in: International Taxation (IE Business School), Economic-Fiscal Management (Instituto Superior de Estudios Empresariales), Economic-Financial Management (Instituto Superior de Estudios Empresariales), Financial and Banking Operations in Foreign Trade (Argentaria)…. I speak, read and write in English and French and have knowledge of German.